All Red Funnel engines for High-speed ferries from MTU. 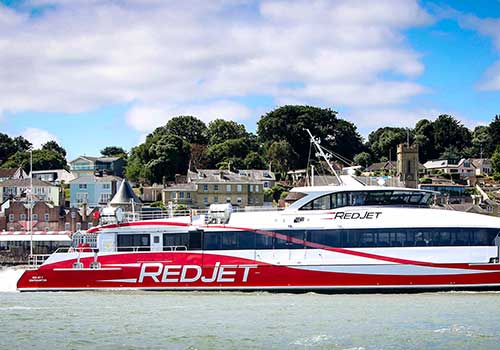 Red Jet 7, the newest fast ferry run by UK operator Red Funnel, will enter service in July after it was successfully commissioned in June. The catamaran was built in the UK by the Wight Shipyard Co. and Rolls-Royce supplied the four MTU 10V 2000 M72 engines. Red Jet 7 is the latest addition to the Red Funnel fleet, all of whose fast ferries are equipped with MTU engines.

Red Funnel carries over 3.4 million passengers per year between the British mainland and the Isle of Wight, a route it has been operating since 1861.